This is the fifth in our series of posts that “preview” notable NCAA Tournament games in Indiana’s storied history. These are companion posts for our live rewatch series that we are doing in place of the cancelled 2020 NCAA Tournament.

The live rewatch and postgame show for the IU-UNLV game takes place on Saturday, April 4th at 8:00 p.m. Eastern Time. Click here to access the YouTube replay of the game. 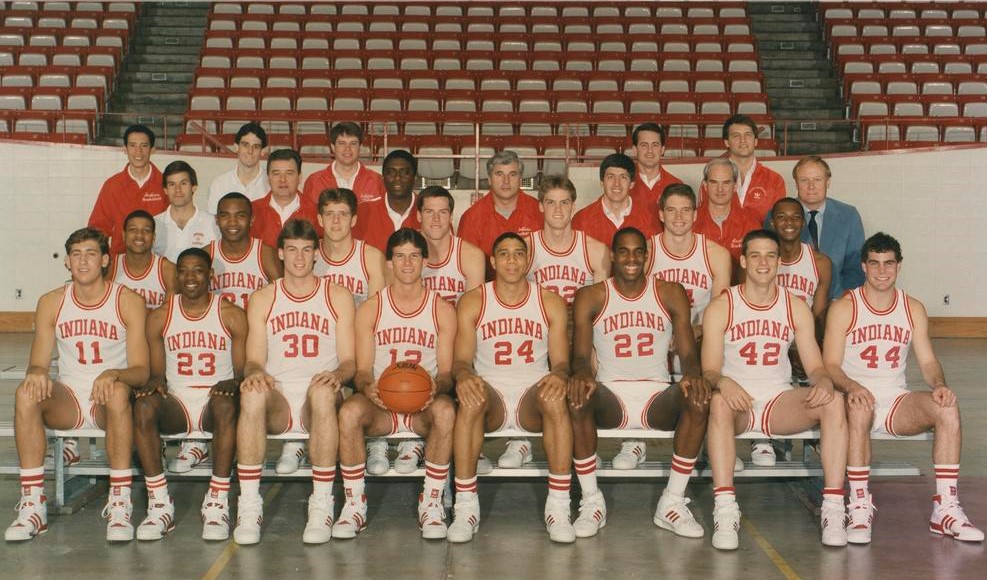 Breaking down the matchup:

This is the first meeting between the two programs.

The Hoosiers finished tied for first with Purdue in Big Ten conference play at 15-3. IU had a chance for the outright title but would drop two of their final three games to Purdue and Illinois.

A late Ricky Calloway put back with :07 seconds remaining put Indiana ahead of LSU and clinched a 77-76 victory in the Elite Eight matchup and sent Indiana to their sixth Final Four in the program’s history.

Jerry Tarkanian’s “Runnin’ Rebels” are off to their best start in school history with 37 victories on the season and a Pacific Coast Athletic Association conference title and tournament championship. UNLV defeated their first three NCAA Tournment opponents by a combined average of nearly 20 points. In the Elite Eight, UNLV was able to squeak by a pesky Iowa squad, 84-81.

What to expect — Indiana:

Steve Alford, the leading scorer in both Indiana and Big Ten history, is a sharp-shooting threat with the new three-point line this season, shooting over 50% from beyond the arc. Senior journeyman Daryl Thomas can be a threat to score inside, but can be plagued by foul trouble.

Newcomer JUCO’s Keith Smart and Dean Garrett have proved to be instant successes in Bob Knight’s motion offense, but can struggle to be consistent scorers. The big question will be who will step up if Alford cannot get the looks from outside.

What to expect — UNLV:

The “run and gun” offense has proven overpowering all season for UNLV. Freddie Banks and Armen Gilliam have been the one-two punch all season, but don’t look past Gerald Paddio as a capable inside scorer.

Regardless of the makeup of the lineup, UNLV will look to push the ball upcourt as fast as possible. During the season, UNLV was prone to getting behind early and having to charge back to take control of the game. That will be something to watch for, and whether or not reliance on three-point shooting will be emphasized too much by Jerry Tarkanian’s squad.

If you want to know the result of the game and see the box score, click here.