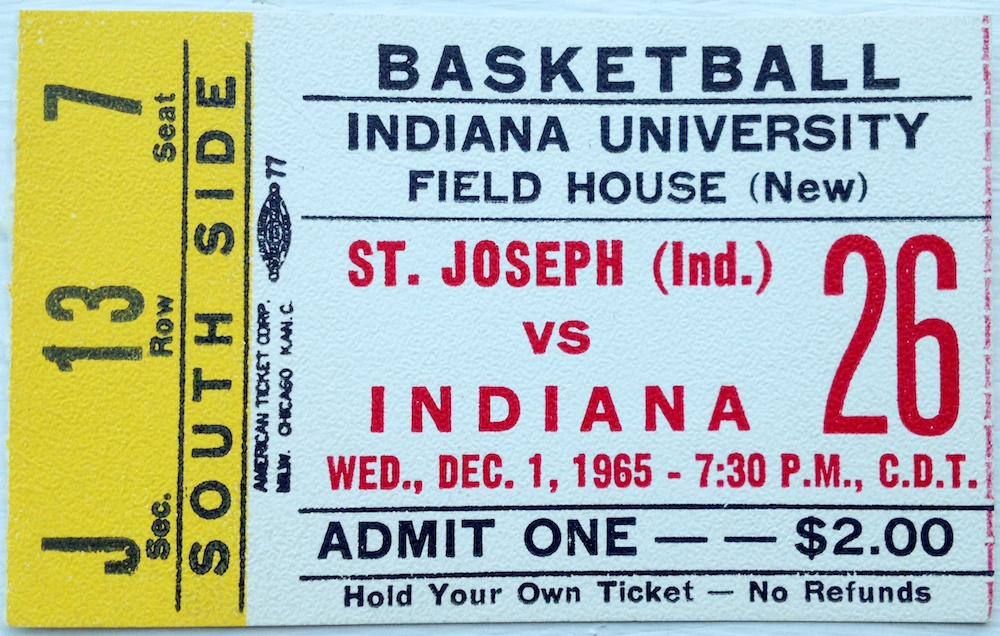 Many were still in disbelief when the news broke: Branch McCracken was stepping down as head basketball at Indiana University.

Following a 19-5 overall record (9-5 in the Big Ten, good for 4th place) during the 1964-65 season, McCracken turned in his letter of resignation to IU President Elvis Stahr.

A few years later, it was discovered that McCracken’s declining health led to his retirement. McCracken died in 1970 at the age of 61.

Within days of the announcement, McCracken’s successor had already been chosen.

Assistant coach Lou Watson was named the 22nd head coach in the program’s history. Watson, who was an All-American player for McCracken at IU, would have difficult shoes to fill in following the legendary figure.

The 1965-66 season of Indiana Basketball proved to be a difficult start to the Watson era. The talent from the previous season, which included Tom and Dick VanArsdale, both of whom would earn All-American honors, and Jon McGlothlin, who averaged 17.2 during the season, had graduated and started their NBA careers.

Indiana started the season facing St. Joseph College at the “new” 17th Street Fieldhouse, now Gladstein Fieldhouse. Although Watson’s coaching career began with a 76-62 victory, there were few high points during the season.  ith a lack of experienced players, and six sophomores (freshman were ineligible until the early 70’s) on the roster, IU struggled to a 8-16 record, 4-10 in conference play.

Some of these sophomores, including Vernon Payne and Butch Joyner, would play pivotal roles during the following season when Indiana won its 8th Big Ten title, the lone championship during the Lou Watson tenure.