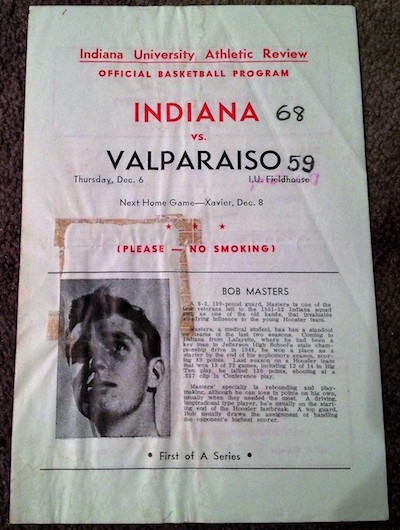 The Wildermuth Gymnasium is a popular spot on the Indiana University campus.

As part of the IU School of Public Health, so many students pass through its hallowed halls on a daily basis. This facility, originally known as “The Fieldhouse,” was constructed in 1928 as a new home for Indiana University basketball, moving from the adjacent “Men’s Gymnasium.”

On December 6, 1951, history would be made within the confines of the IU Fieldhouse. For the first time ever in the United States, a regular season basketball game would be televised. 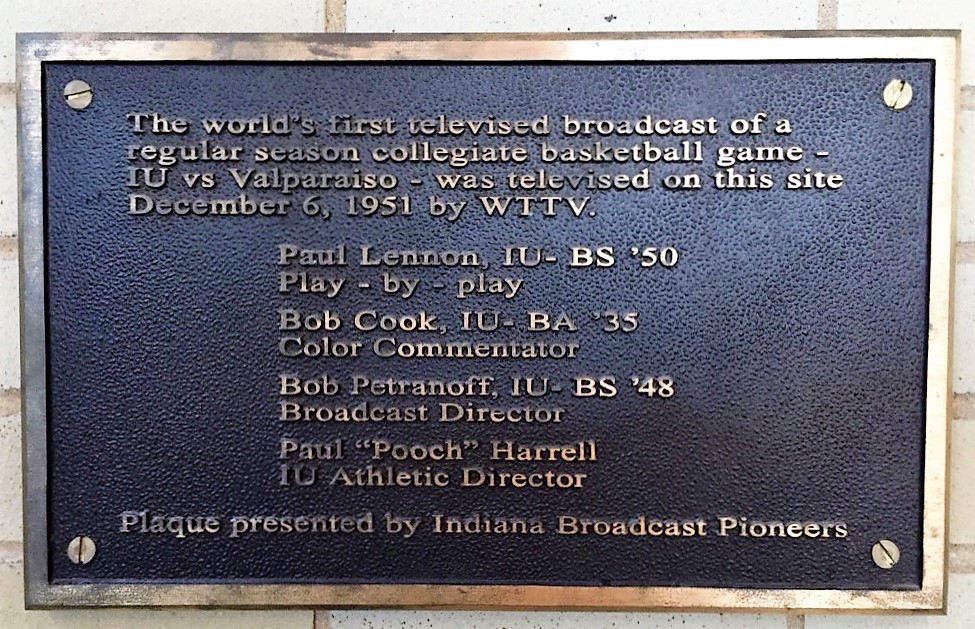 Up until this point, only postseason tournament games would be seen on television. The broadcast, show on Indianapolis’s WTTV, would feature three Indiana University alums: play-by-play man Paul Lennon (Class of 1950), color commentator Bob Cook (Class of 1935), and broadcast director Bob Petranoff (Class of 1948).

Indiana would face the Crusaders of Valparaiso University for the historic game, winning 68-59. Featured on the roster for the Hoosiers were sophomores Bobby “Slick” Leonard, Charlie Kraak, and Dick Farley (three individuals who would later star for the 1953 NCAA Championship team).

A unique situation that was present for the 1951-52 season was the allowance of freshman to play collegiate basketball. Due to the Korean War, many conferences, including the Big Ten, lifted their ban of freshman playing because of the reduction in school enrollment.  Prior to this, and ongoing from the late mid-50s until 1972, freshmen would be barred from playing on the varsity team of a university.

Due to this exception, Don Schlundt, the heralded 6’10” freshman from Washington Clay H.S. in South Bend, would be able to suit up. Schlundt would go on to lead the 1951-52 team in scoring (17.1 ppg), as well as being IU leading scorer the remaining three years of his IU career.

Schlundt remains 3rd all time on the IU career scoring list with 2,192 points.