You are here: Home / Commentary / The two glaring offensive stats that tell the story of Indiana’s regular season 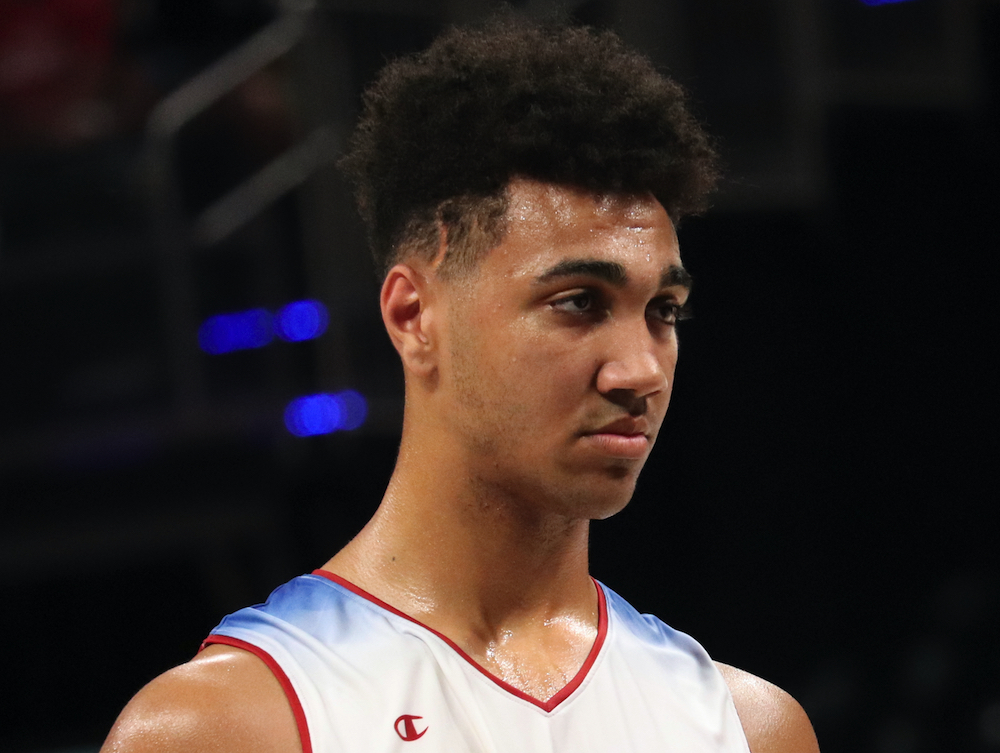 But after perusing our KenPom page for different reasons the last few days, I haven’t be able to avoid seeing two stats that, to my eyes, tell the story for why this team went 9-11 in conference play as opposed to 10-10, 11-9, or even 12-8.

#1: Trayce Jackson-Davis only took 21.1% of Indiana’s shots while on the floor.

Frankly, this is unconscionable. And I don’t think it’s some kind of Archie Miller blind spot. I’m sure he would agree and nod along emphatically while reading this.

But through some combination of better scheming, more consistent play from Trayce, better guard play, or Archie finding some other way to hold his team accountable for the objective being carried out come hell or high water, this number absolutely has to be higher.

(Quick note: the reason why I used %shots instead of %possessions is that turnovers count in possessions used, and Trayce had a very good turnover rate (12%). So his %possessions stat is already deflated because of that number, especially in comparison to other big men, most of whom turn the ball over more than Trayce.)

The key all season long for Indiana, as we all know, is how many shots Trayce puts up. And he’s needed to up a lot more.

Here is a rundown of Trayce’s shot attempts in Indiana’s wins:

And now the rundown of Trayce’s shot attempts in Indiana’s losses:

Now you might ask: is a 2-shot difference per game really that impactful? The answer is an emphatic yes, especially on a team as offensively limited as Indiana’s.

Trayce was very efficient in Big Ten play, generating 1.13 points per possession used in conference games. Granted, that efficiency likely would have dropped as usage increased, but given the paucity of efficient alternatives for Indiana, overall production almost surely would have increased.

And given that Indiana lost six conference games by single digits (including two by a single point), Trayce getting a couple more shots in those games, even if force-fed, might have been the difference between another win or two.

Imagine how we’d feel right now if Indiana was already a 20- or 21-win team that finished at .500 or better in this gauntlet of a conference?

And this isn’t just a “Well, it’s harder for big men to get shots” thing.

Look at other high-efficiency big men in the conference and the percentage of their teams shots they got:

Tillman and Smith obviously stand out for being low, but there is a major difference between those two examples and Trayce: Smith played with Anthony Cowan (an All-Conference guard) and Tillman played with Cassius Winston (an All-American guard).

Trayce did not. He was the focal point of the offense, and Indiana’s most efficient option almost every time down the court.

So, moving forward, keep tracking Trayce’s shot attempts. If the Hoosiers are going to make any noise in the Big Ten or NCAA Tournaments, he is going to need to get between 12-15 shots per game.

And, his health willing, there is really no good excuse for it not happening.

Now onto the second stat, which is almost surely related to the first …

And yes, I’m combining two stats into one here, because it’s the combination that matters.

Michigan State actually finished last in the conference in turnover rate, but had such a high assist rate that they were able to overcome it. Indiana? Not so much.

We talked all season long about the struggles of Indiana’s guards, and no combination of statistics puts this on more obvious display than these two numbers.

Surprisingly, Rob Phinisee and Al Durham were the two biggest culprits in terms of turnovers, with rates of 23.1% and 21.7% respectively.

What about Devonte Green? He actually kept his turnovers in check, at just 17.5%, a drastic improvement over his previous three seasons at IU. But as many fans will quickly point out, some of Devonte’s poorest shot decisions might as well have been turnovers … a point on which I’d agree.

Mix in the high turnover rates and comparatively low assist rates of Justin Smith, Joey Brunk, Jerome Hunter, Armaan Franklin, and Race Thompson, and you have a team that wasted far too many possessions either giving the ball up or creating a suboptimal shot attempt.

One element of this, of course, is not getting the ball to Trayce enough. He had the lowest turnover rate on the team and was the most efficient scorer. More touches for him would have theoretically improved both of these numbers.

Another issue is a lack of shooting. While Devonte, Al, and Rob were all fairly reliable outside shooters, they did not comprise a high-volume trio. And no one else showed any kind of consistency.

Another issue is shot selection. None of Devonte, Rob, Justin, Joey, Armaan, or even Jerome have been able to justify the amount of shots they took with resulting efficiency. Granted, someone has to take the shots for Indiana, but there has been plenty of anecdotal evidence of all six of these guys picking the wrong time to take the wrong shot. (The overall offensive scheme and coaching decisions has to get some blame for this as well.)

But the biggest issue is simply an overall lack of decision-making and play-making ability from the guards. This was especially glaring during the final eight minutes of the Wisconsin game.

On balance, for whatever combination of reasons you want to cite, Indiana has gotten some of the least productive and most inconsistent collective guard play in the conference. It’s tough to rise above the Wednesday Big Ten Tournament game when that is the case.

[Editor’s note: One note on this section that may not be articulated clearly enough above: while Indiana has gotten objectively inconsistent production from its guards, that is not solely the guards’ “fault.” Coaching, scheme, spacing, inability of others’ to make shots, etc., is all mixed in there.]

On the bright side …

Rob Phinisee did end the regular season on a high note, with 12 assists and 2 turnovers over his final two games plus a slight uptick in scoring. He seems to be playing a bit better as we head down the stretch.

Al Durham has shown more consistent scoring production over the last five games. He’s also making a name for himself as a guy who wants to take big shots down the stretch, and he’s making his fair share.

And we know Devonte can go nuclear one half and silent the next. It’s just priced into the experience at this point.

Moving forward, if Devonte can string together some productive performances, and the overall improvement we’ve seen of late from Rob and Al is real, it will go a long way toward Indiana having a chance to win some games in the Big Ten and NCAA Tournament.

As long as they remember their #1 objective …

Get Trayce the damn ball! 😉

Image credit: “File:Trayce Jackson-Davis 2.jpg” by The Hoosier from Bloomington, IN, United States is licensed under CC BY-SA 2.0