You are here: Home / Commentary / Archie Miller continues to be elite in close games 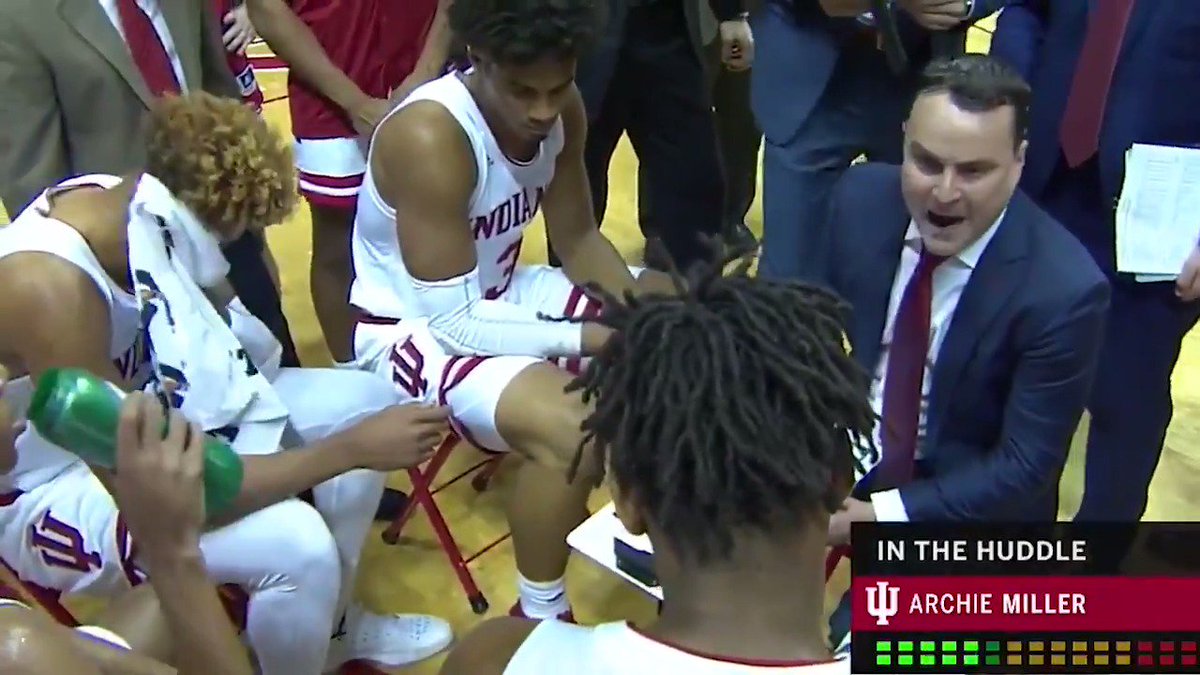 Archie Miller still has a long way to go to fulfill the vision for Indiana basketball that Fred Glass laid out when he fired Tom Crean and hired the rising coaching star from Dayton.

Archie Miller is a damn good coach in close games.

In fact, he’s one of the best in the country.

With the Hoosiers’ win over Michigan State last night, Indiana is now 5-0 this season in games decided by five points or fewer (or that went to OT):

That 18-10 record equates to a winning percentage of 64.3%. Remember that number, as I’ll give it some context in a bit.

If we look back at Archie’s time at Dayton, his teams showed a similar ability to win close games. Here are the records:

If you look at Archie’s year-by-year records in close games, two seasons immediately jump out as outliers: the 2012 and 2013 seasons, his first two seasons as a head coach. It stands to reason that a brand new head coach might have some on-the-job learning to do in close games, which could lead to some growing pains.

So if you remove those first two seasons and look at what Archie has done since, the record becomes even more impressive: 52-23, a winning percentage of 69.3%.

But what does that record and winning percentage actually mean?

Let’s put those numbers into some useful context

How good is a good coach supposed to be in close game situations, which often can be dictated by a single miss or make, or a single bounce of a basketball this way or that?

Thinking about this reminded me of a graphic that Jordan Sperber tweeted out in December of 2018. Obviously some of the data will have shifted by then, but this will still give you a good frame of reference for how to judge Archie’s record in close games. 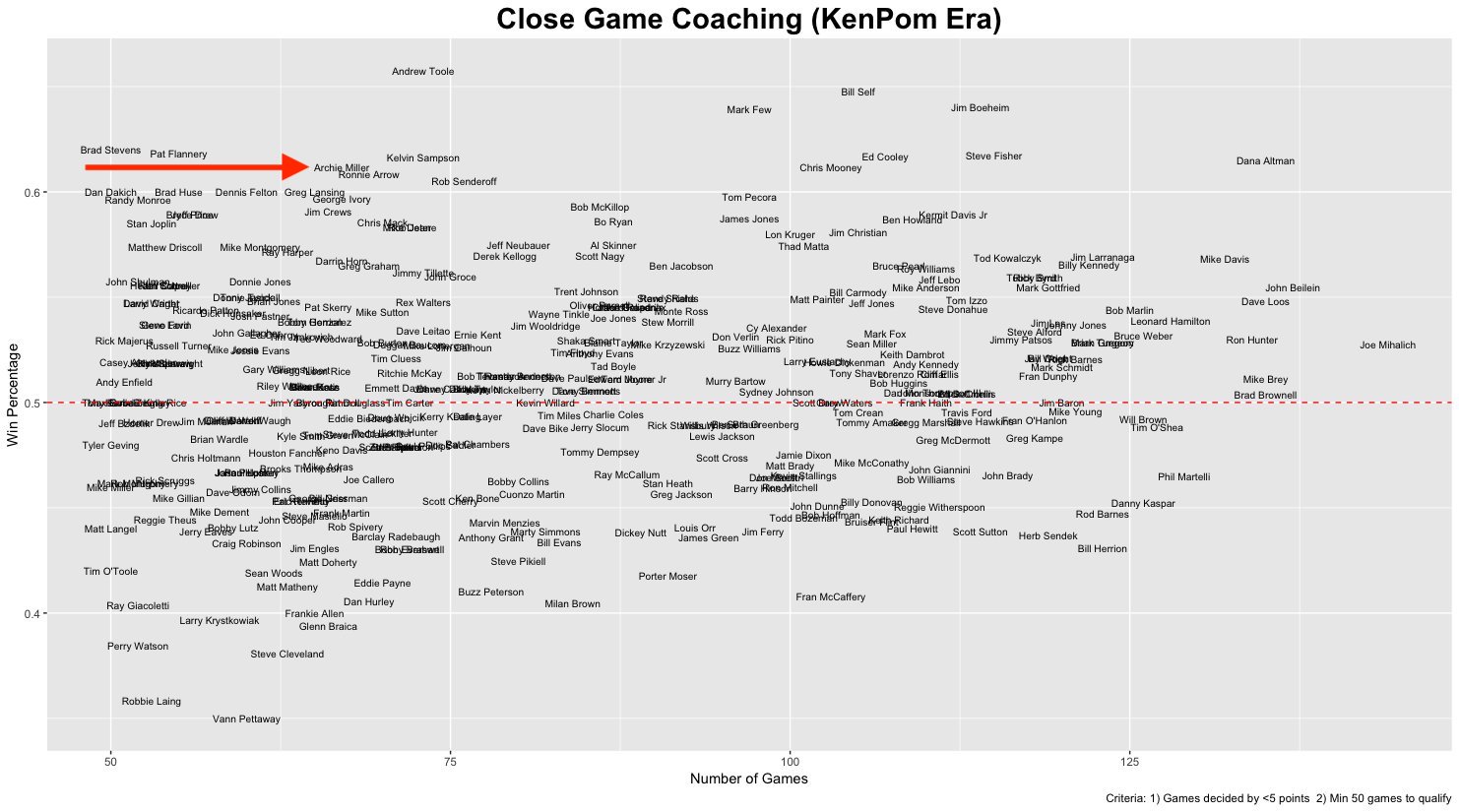 The X-axis is the number of close games a coach has been in, and the Y-axis is the winning percentage. The farther up and to the right, the better.

The red arrow indicates Archie’s placement on the graphic. At that time, he still had fewer than 75 opportunities in close games, but he was firmly above the 60% mark. He has now coached in 95 such games, so he would be more toward the middle, and his winning percentage has only gone up.

As you can see, there aren’t a ton of guys with a winning percentage above 60% in close games. Among the elite company Archie is in:

Astute eyes will also notice that other less-heralded coaching names from IU’s past like Dan Dakich and Rob Senderhoff are also at or above 60%. Clearly, just having an elite winning percentage in close games isn’t enough to make you an elite coach.

Furthermore, you’ll notice that Coach K, Roy Williams, Tom Izzo, Jay Wright, Bo Ryan, and many other elite, Hall of Fame-level coaches don’t crack 60% for this graphic. Yet, if this were a graphic showing the percentage of games in which a coach’s team dominated an opponent and didn’t even need to worry about a close game, those great coach would surely be among the best.

So please take this statistical analysis for the limited scope in which it’s intended.

So … what does Archie’s record in close games ultimately mean?

Well, Archie now has a fairly large sample size of 95 opportunities across 8+ seasons. So it’s difficult to say that his success in close games is just a noisy statistic due a small sample size.

It’s pretty clear that Archie is able to do a good job of getting his team to execute when all the chips are on the table late in a game.

And this bodes well for his future at IU.

Obviously for Indiana to return to being one of the nation’s elite (or even just great) programs, Archie will need to continue to upgrade the talent and ability of his teams, and then start producing more dominant wins and fewer pathetic, non-competitive losses.

Once Archie does that, or I suppose if Archie is able to do that, then winning close games won’t just be a matter of keeping NCAA Tournament hopes alive, as it’s felt the last three seasons. Instead, winning close games will be the difference in winning Big Ten titles, earning protected seeds, and making tournament runs.

It’s still just Year 3. We’re still getting to know our young coach. And the jury is still out about a lot.

But I think it’s safe for fans to believe that if Indiana can just reach the final few minutes of a game with a shot to win, Archie Millers has proven that he will, more often than not, put his team in a position to come away with a close, hard-fought win.