You are here: Home / Commentary / A cause worth fighting for 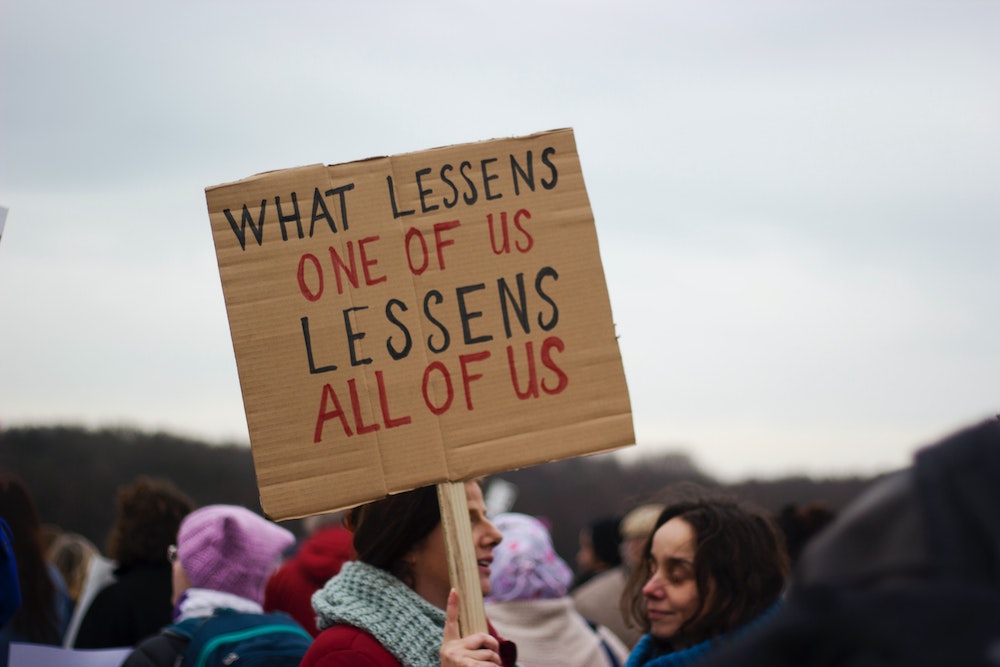 The tragic deaths of George Floyd, Breonna Taylor, and Ahmaud Arbery are just the latest examples of an appalling truth: for reasons both blatant and insidious, race remains one of the fundamental factors that influences a person’s experience as an American.

It should not still be this way.

We have come a long way from our original sin as a nation, but our progress remains too little, too late, and too exclusive.

To be clear: this is not an anti-American sentiment. It is an anti-racism and anti-oppression sentiment. And only those with craven and malevolent visions for the future of this nation conflate the two.

The United States of America is a great but flawed country. Our country’s history, policies, and practices — especially concerning matters of race — often haven’t matched its lofty ideals. That’s an unfortunate truth, and it has led to the systemic oppression of so many of our brothers and sisters. But that’s not a reason to stop trying to live up to those ideals.

Those who feel complacent in the face of continued racial strife — or worse, revel in it — reveal themselves as indifferent to those American ideals.

Our team here at The Assembly Call loves our country, which is why we feel compelled to speak out during this time, as our nation’s deepest wounds are being ripped open.

We support equality and justice for all people, but in a country that has implicitly and explicitly attached different values to different lives, we feel it is both necessary and productive to state affirmatively that #BlackLivesMatter.

And while we hate to see looting and the destruction of property, especially by those who are doing so just to stoke hate and confusion, we also recognize the words of Dr. Martin Luther King, Jr., who said, “A riot is the language of the unheard.” We seek to listen and understand before we judge and condemn, and we urge others to do the same.

The four of us have had the benefit of living in the United States as white men. We’ve all had individual struggles in our lives, but none of us has ever had to fear the wrath of racism, battle systemic oppression, or wonder if our life actually mattered to the country we call home.

We can’t know what that feels like, but we can empathize with those who do — like many of the African American players who have donned the Cream and Crimson for Indiana University.

These are young men we have supported and critiqued over the years on our show, but they are far more than basketball players. They are our brothers. And they are valued for far more than what they produce on a Tuesday night in Assembly Hall.

Their lives matter, not because of what they do, but because of who they are. They are humans, just like us, and just like you. And all humans deserve to be treated fairly and equally, with dignity and compassion.

Basketball seems so trivial when compared to matters of life, liberty, and opportunity. These are fundamental ideals that are so easy for some of us to take for granted, yet others feel as if they have no recourse but to take to the streets and fight for them.

We stand on the side of life, liberty and equality for all. We believe in equal opportunity, and we want to use whatever voice we have to help fight for it.

To that end, we have each individually donated to the NAACP Legal Defense and Educational Fund, which fights for racial justice through litigation, advocacy, and public education. This includes the Thurgood Marshall Institute, which focuses on research and targeted advocacy campaigns. (The NAACP has an A- rating from CharityWatch.org.)

We hope you’ll stand with us.

Photo by Micheile Henderson on Unsplash