You are here: Home / Commentary / How Will the Powerhouse 2016 Big Ten Season Play Out? Here’s What the Analytics Suggest … 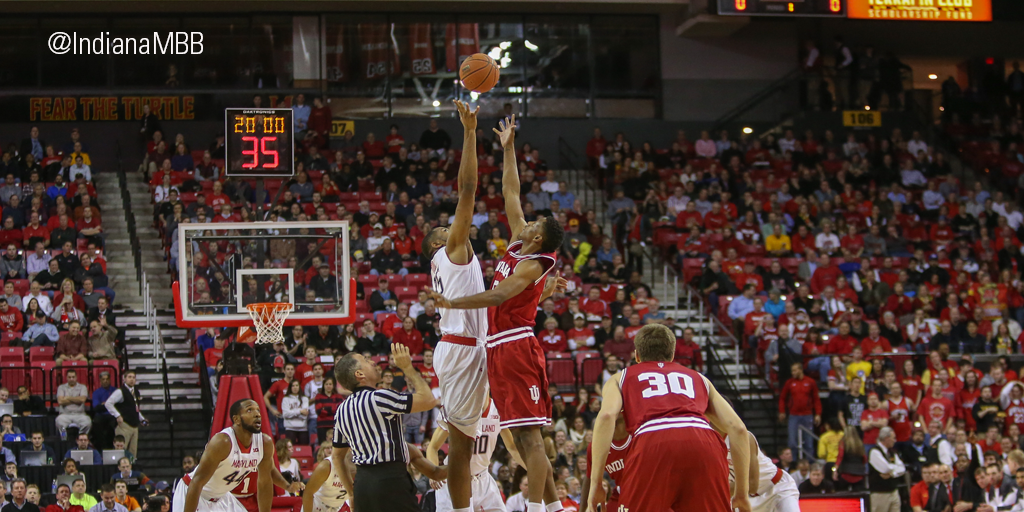 [Editor’s note: This post was written by Ed Feng of The Power Rank, who joined us on a recent special edition episode of The Assembly Call a few weeks ago. Ed discussed in detail how he sees the Big Ten race playing out in 2015-16. He outlines those thoughts below.

So … will your Indiana Hoosiers win the Big Ten this season?

To shed light on this question, I combined my college basketball analytics at The Power Rank with subjective factors.

First, I looked at two of my rankings.  The first was my Big Ten team rankings from last season based on points per possession adjusted for strength of schedule. Ken Pomeroy does the same type of calculation but with a different algorithm.

Second, I used a regression model that takes the previous four seasons of team rankings to predict next season.  College basketball teams’ performance tends to persist from season to season — it’s unlikely Rutgers will jump from last to first, for example.

Last, I consider subjective factors such as departed and returning players. For example, Wisconsin lost Big Ten player of the year Frank Kaminsky, which makes it difficult rank them first despite what the numbers say.

This combination of objective and subjective factors gives the following rankings.

Tom Izzo has a lot of pieces coming back (Denzel Valentine, Bryn Forbes). In addition, it’s hard to argue against a consistent program that has reached the Sweet 16 seven of the last ten years, best in the nation.

I’m not buying all of the hype around this team. They have talent in Melo Trimble, Jake Layman, and a host of new transfers and freshmen, but they couldn’t crack the top-20 in my efficiency rankings from last season.

Bo Ryan has never finished worse than 4th in the Big Ten at Wisconsin. Despite the departure of Frank Kaminsky and Sam Dekker, he still has two of the league’s best players in Bronson Koenig and Nigel Hayes.

Will the Hoosiers play defense? Tom Crean had the 15th-best team by defensive efficiency two seasons ago (Zeller, Oladipo, Watford), so history suggests he can lead a good defensive team.

The Buckeyes haven’t finished worse that 5th since Thad Matta’s first year as coach. They can’t replace the offensive wizardry of D’Angelo Russell, but they have the top recruiting class in the conference.

The biggest question in Ann Arbor is how John Beilein will distribute minutes among the returning players that contributed last year. Getting Caris LaVert for another season helps, as does the healthy return of Derrick Walton.

The addition of highly touted recruit Caleb Swanigan gives the Boilermakers another inside force with A.J. Hammonds and Issac Haas. They should improve upon their 55th-ranked defense from last season.

The Hawkeyes lose Aaron Smith but return the other four starters, so 8th might be a bit low. Fran McCaffery has placed his team in the top 30 of my team rankings, which takes margin of victory in games and adjusts for strength of schedule, each of the past three seasons.

Richard Pitino lost a host of contributors from last season, which means 9th could be too high for the Golden Gophers.

The Fighting Illini play hard for John Groce, but they haven’t made the tourney the last two seasons. The numbers suggest they won’t make it again this season.

The Nittany Lions had the 136th-ranked offense last year. Could this improve without D.J. Newbill around taking difficult shots?

It’s been two seasons for Chris Collins, and the Wildcats have yet to crack the top 10 in the conference. Unless someone like Tre Demps or Alex Olah makes a significant jump in the off season, they looked destined for the bottom again.

Remember when the Cornhuskers got hot in 2014, went on a late run, and made the tournament? Must seem like ancient history for Tim Miles after the Huskers dropped to 12th in the Big Ten last season.

Did the Big Ten really invite these guys into the conference?  Did they really beat Wisconsin even without Frank Kaminsky last season?

What do you think?

Comment below with your own predictions for the standings will shake out once all is said and done next season in the Big Ten.